Results of the Rights & Roles workshop held on November 27th - 30th at the BGBM.

The "continued create" problem exists in cases when a user only is granted to perform CREATE operations for a specific entity type but misses having the UPDATE grant. Users may need to continue to edit the newly created entity and other new parts in the connected entity graph. 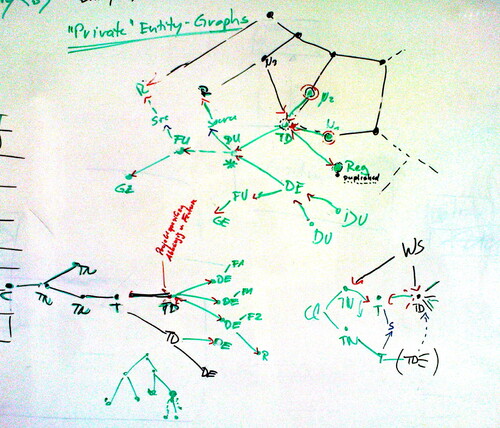 As long as as private entity graph is completely disconnected from the rest of the world the case is quite simple. But it is getting more difficult once

In both cases this "ownership" change needs to propagate through the graph to other entities. This propagation travels along the directed edges of the graph. This directional property of the edges is expressed in the diagrams above by red arrow heads whereas the arrow head can be dashed. A dashed arrow head means that it is optional depending on the specific project requirements. An entity A which is connected by a directed edge with an entity B (A<----B) provides data for B from which B essentially depends. A cannot be changed without implicitly changing B. That B potentially blocks modifications of A. This blocking actually manifests when the "owning" user of A loses the exclusive ownership of B in turn of the two cases described above.

The blocking nature of an edge, that is of an entity class property, can be expressed in the model classes by introducing according annotations. See strategy 5).

A "view" has associations to all entities which are included into the view.

Views potentially can replace general UPDATE & READ permissions. In this case Users are participants of specific views by being associated with it.

The views strategy opens a mechanism to handle those events when a private entity graph is becoming connected to a non private entity which causes the graph or parts of being blocked:

As noted in point 2) editing of TypeD is only blocks in principal but can be allowed as long it is not incorporated into the 'PublishView'. So this strategy can replace the strategy 2b) which also allows to continue to edit blocked private entity graphs.

Different views can exist for published data and data in review (maybe there are more views if the project needs more states). Data which are "under constructions" can be updated by the original owner and are not visible to the public.

2a)
For non cdm-entity properties this allows users to edit this and only this specific field.

This strategy must be implemented in any case, since general READ permissions are a requirement in multiple projects. Euro+Med is an example.

Implementing this strategy involves a model change. CDM classes will be extended by adding the below fields for each collection of CDM entities. These can either go directly into the entity class or may be implemented by introducing a separate class to hold this information. The benefit of the latter option is that updating the referencing objects information is not causing an update of the referenced entity record. In the first case it is needed to suppress auditing and changes of the updatedBy and updatedWhen fields of the referenced entity.

The semantics of "owned" in the context of this strategy refers to the user referenced in the updatedBy field. In case updatedBy is null it refers to createdBy. This semantics of ownership is different to that in the private entity graphs!

TODO: Why is {collection_property_name}FirstReferencingObjectsUser needed and how can this information be updated once the according referencing entity is updated by a different user?

Introduction of two new method level java annotations by which the blocking nature of a property can be expresses (see above for more details on blocking):

These annotations are being interpreted by business logic classes which implement the propagation of blocking events in the private entity graphs. This propagation can lead to an decision to 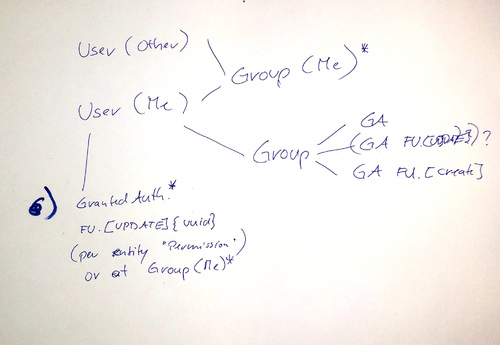 This is the concept of having an explicit workflow state information for an entity type as it is implemented for the Registration class. We might want to implement workflow states for each CDM type. By this is would for example become possible to create a new Term, use it immediately even if not yet published. The term will undergo a review process during which the decision is being made whether to publish it or not.

(BTW: The flowers are artwork painted by AMs' daughters) 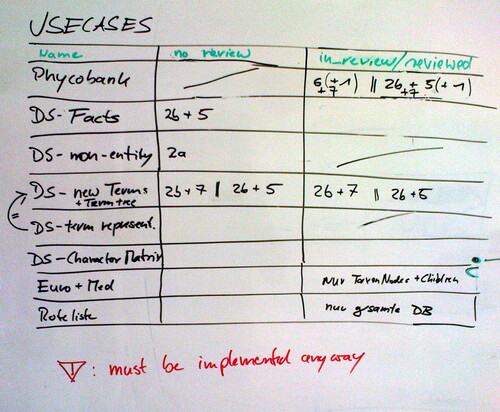 Table of use cases in which users which only CREATE authorities need to perform continued editing. That is these are use cases in which the private entity graphs are relevant which can be connected to non-private entities. The acronym DS used in here refers to the term Data Slave which has been used as jocular term for users which only CREATE authorities for specific entity types.

In both columns the strategies required to realize the use case are noted. Often strategies need to be combined, this is expressed by +, optionally strategies are in brackets (). || mean OR and expresses alternative combinations of strategies. 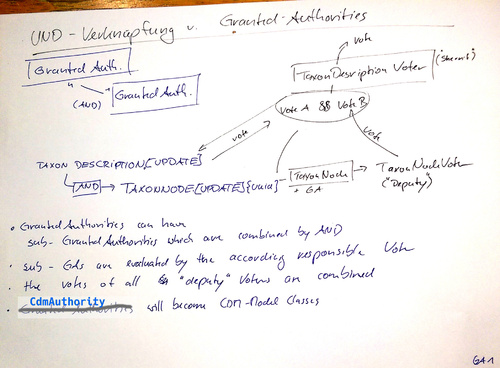 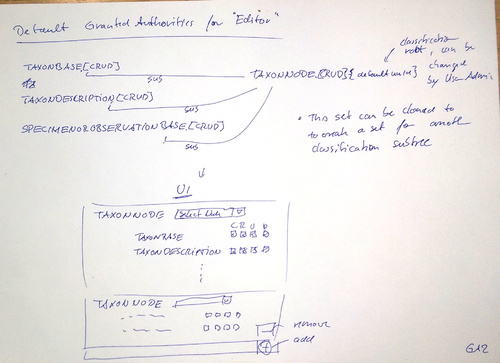