Hibernate Search offers a Master/Slave set-up which gets along without infinispan and which allows to delegate all indexing operations from a slave application to a master. This master slave concept however has the drawback that the master index directory must be available to the slave application. The slave will copy the up-to-date index into its own index directory on a regular base. In the EDIT Platform we only can guarantee for the Ulteo based Editors that the master (cdmserver) index directory can be mounted by the slave. For other stand alone Editors running on various desktop computers this would be hard to achieve even if they are running in the same network. Each of these computers would have to be configured in order to mount a shared folder and this local mount folder must be configured in the EdiTor. Using infinispan might be the more elegant solution, though.

When using an Infinispan Directory the index is stored in memory and shared across multiple nodes. It is considered a single directory distributed across all participating nodes. If a node updates the index, all other nodes are updated as well. Updates on one node can be immediately searched for in the whole cluster.

As when using an IndexWriter on a filesystem based Directory, even on the clustered edition only one IndexWriter can be opened across the whole cluster.

Which cache mode and manager for hibernate search in the EDIT Platform?¶

What is the difference between a replicated cache and a distributed cache? ➜ #what_is_the_difference_between_a_replicatedcache_and_a_distributed_cache

Distribution is a new cache mode in Infinispan, in addition to replication and invalidation. In a replicated cache all nodes in a cluster hold all keys i.e. if a key exists on one nodes, it will also exist on all other modes. In a distributed cache, a number of copies are maintained to provide redundancy and fault tolerance, however this is typically far fewer than the number of nodes in the cluster. A distributed cache provides a far greater degree of scalability than a replicated cache.

Distributed mode is more powerful than simple replication since each data entry is spread out only to a fixed number of replicas thus providing resilience to server failures as well as scalability since the work done to store each entry is constant in relation to a cluster size. In distributed mode caches cluster together and expose a large memory heap.

A central database server hosts the database for a cdm-server instance. Multiple Taxomic Editors partially Ulteo based, are also connecting and working on this central database. There is furthermore a data portal which is publishing this data and this web-application makes heavy use of the data store in the lucene index which is local to the file system of the cdm server ,and thus the cdm server is responsible for writing updates to this index. Therefore the cdm-server lucene index must always kept up to date with the changes applied by the editors. This is why updates of cdm entities, performed by the EdiTors, must and also cause updates of the lucene index in the cdm server. So the indexes must either be replicated or the cdm sever is the index master and the Editor are triggerting index updated in the cdm-server. 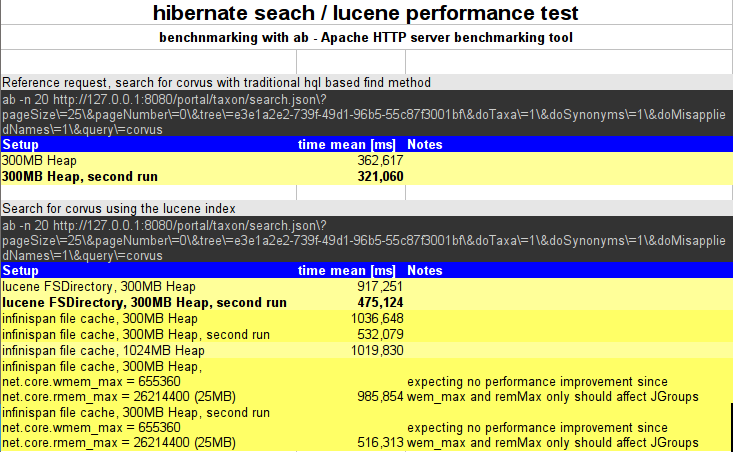