Added by Andreas Kohlbecker almost 4 years ago. Updated 11 months ago.

In case of lecto-, epit- and neo-types the SpecimenTypeDesignationEditor should selecting the typified name from the homotypical group.

I case of these types the basionym is exiting should be chosen as default for the typified name field. 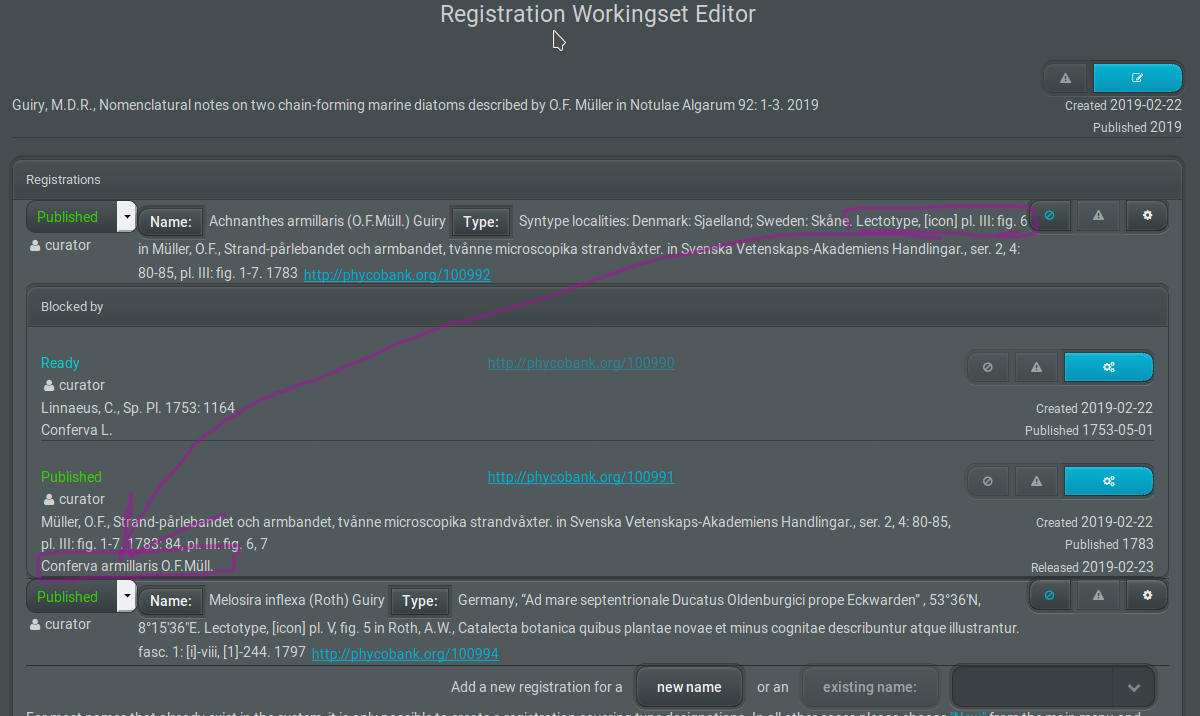 For how urgent do you consider this feature, Henning? I guess this situation will occur quite frequently?

Agreed: if the basionym is existing this name should be chosen as default for the typified name field.
In general, we decided to link the type to the valid name with priority with correct spelling.

After registration, it can turns out that a name published is an orthographic variant, although the type is already linked to it.

After registration, it can turns out that a name published turns out to be invalid and has to be validated, although the type is already linked to it.

Conclusion:
From a curators perspective it would be perfect to enable to change the typified name within a homotypic group in case it turns later out that a type has been linked to the wrong name.
If this could be possible by selecting the correct “typified name” it might be good to include orthographic variants into the selection.
If a later change of the typified name would be allowed for the curator, this feature would not be urgent (because the cased explained above could be fixed at any time later).

Treatment of invalid names with linked types. Two possibilities (i) to switch this type to the validating = valid name OR (ii) to put in a type for the valid name and to think about how to handle the intended type of a designation (invalid name). The intended name could be ignored for the data output. However, this is a point to discussion.

Updated by Andreas Kohlbecker 11 months ago